The LGAT Life Member Awards recognise long and outstanding service to the whole of Local Government in Tasmania. Recipients must show a demonstrable contribution to our sector and have reached the level of LGAT President or a General Manager with national and state contributions. Award nominations are made by Councils, Elected Members and General Managers and are determined by the LGAT General Management Committee.

Councillor Tony Bisdee’s career in Local Government spans almost 40 years commencing with his election to the former Green Ponds Council in 1972.   He has served continuously in both the former Green Ponds Council and the amalgamated Council of Southern Midlands since then – as Deputy Warden, Warden, Councillor, Deputy Mayor and Mayor. He was the inaugural Mayor of the newly created Southern Midlands Council.

Tony has been a strong contributor to LGAT and the sector in general.  His many positions in Local Government have included: both member of the LGAT General Management Committee and President from 1998-2000. He served as Vice President of the Australian Local Government Association (ALGA) 1998-2000. He has been both Vice Chair and Chair at the Southern Tasmanian Councils Association (STCA) and represented LGAT on the Tasmanian Weed Management Committee. He also served as the Deputy Chief Owner Representative for TasWater.

He has also received a Centenary Medal from the Federal Government in 2000 for service to the sector. In 2009 he was presented with Medal of the Order of Australia (OAM) in 2009 for service to Local Government and to the Community of the Southern Midlands. 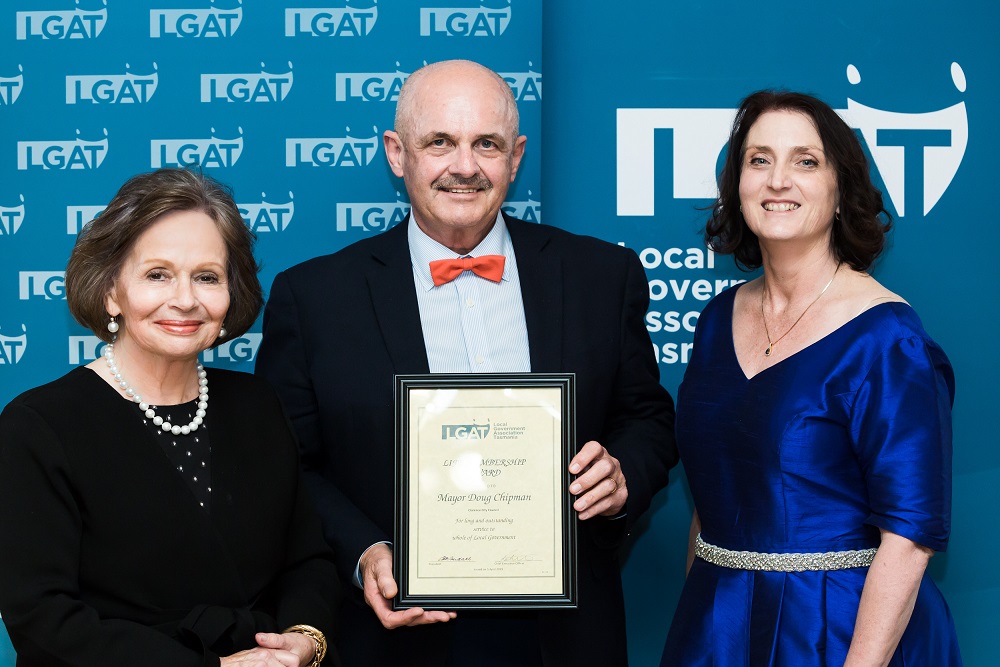 Mayor Doug Chipman, was elected as an Alderman to City of Clarence Council in 2000, elected Deputy Mayor in 2007, and Mayor in 2011. Doug focused on the economic and community development challenges confronting the growing city, along with managing the impacts of climate change.

In 2015 Doug was elected to LGAT’s General Management Committee and later in 2015 as LGAT President. As LGAT President, Doug hit the ground running with a newly appointed Liberal Government commencing planning reform, building reform, a targeted review of the Local Government Act, Boards of Inquiries, Feasibility studies, a review of Code of Conduct provisions and an attempted takeover of TasWater all in his first two years. Doug is particularly noted for his superb advocacy with respect to keeping TasWater in Local Government hands, maintaining a positive and effective relationship with the State Government even in challenging times.

While he is stepping down as LGAT President, Doug has definitely not stepped away from his whole of sector approach to Local Government. In 2018 Doug was elected as Chief Owner Representative of Taswater and more recently was appointed as Deputy Chairman of the Regional Development Australia Committee (Tasmania).

Award for Outstanding Commitment and Service to Local Government 2019 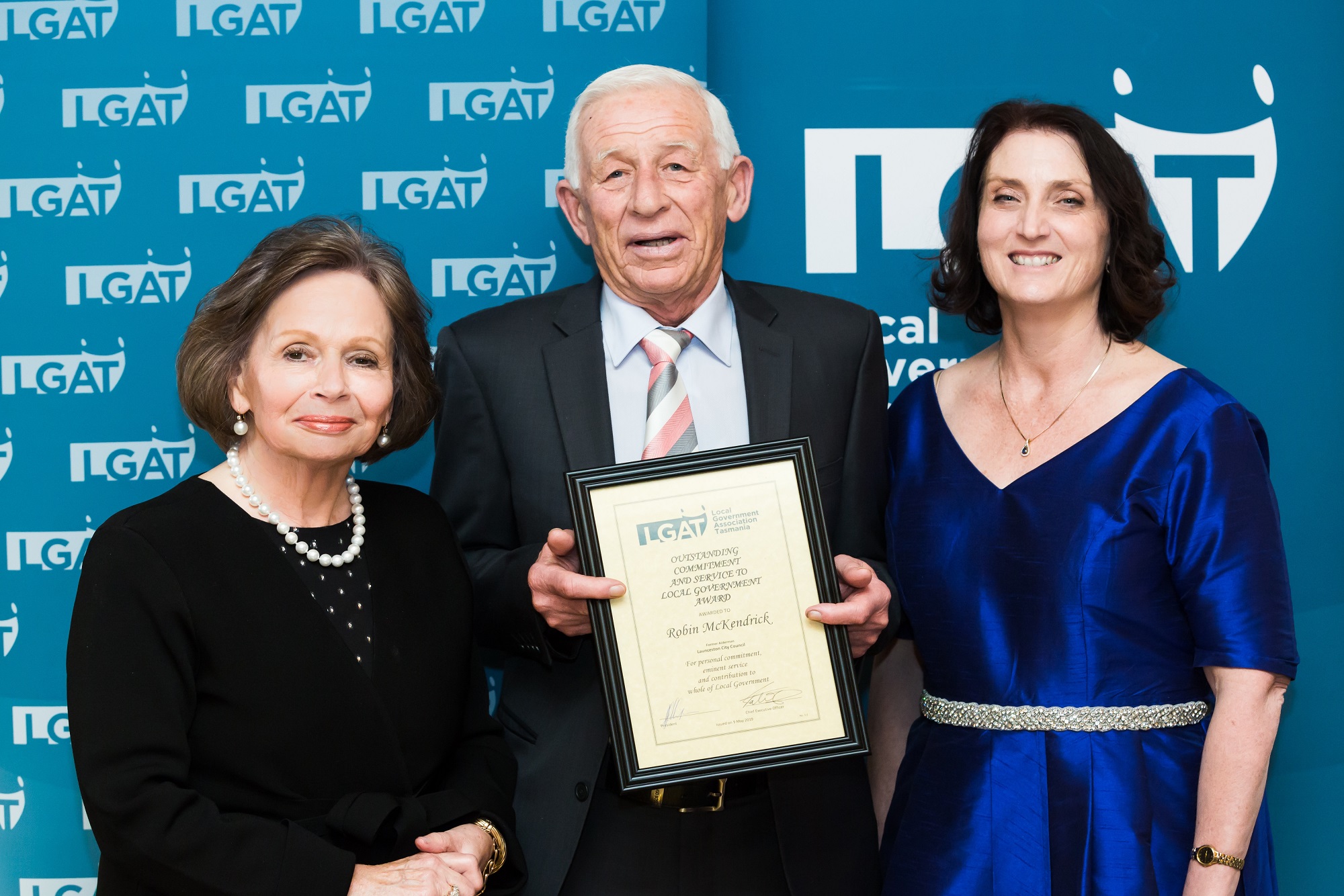 Robin McKendrick was first elected City of Launceston Council in 1981. Robin was also Deputy Mayor for two years (from 1988 to 1990) and is one of the longest-servicing Councillors in Tasmanian Local Government history with 37 years of continuous service to the community.

Robin has demonstrated a deep commitment to the people of Launceston, including 21 years on the Council's Economic Development Committee. He also played a key role in the development of UTAS Stadium and the surrounding Inveresk Precinct - including 18 years of service to the York Park and Inveresk Precinct Authority, where he was Chair for 12 years.

Robin's long list of achievements are impressive and his tireless work as an elected representative of the Launceston ratepayers is testament to his dedication to the municipality. During the 1980s and 90s, Robin was involved in over 23 committees and organisations while on Council, including the Community Youth Support Scheme, the Festivale Committee, the Launceston Community Health Centre Committee and the Northern Regional Library Advisory Board. Robin McKendrick is to be congratulated on 37 years of dedicated civic service to the people of Launceston