The LGAT Life Member Awards recognise long and outstanding service to the whole of Local Government in Tasmania. Recipients must show a demonstrable contribution to our sector and have reached the level of LGAT President or a General Manager with national and state contributions. Award nominations are made by Councils, Elected Members and General Managers and are determined by the LGAT General Management Committee. Mr Nick Heath has contributed over 30 years to Local Government. He was appointed General Manager of the City of Hobart in November 2008 and prior to holding this position he was Deputy General Manager, Director Strategy and Governance. A lawyer by trade, Nick has been a strong advocate for Hobart leading the municipality through impressive growth and supporting community throughout the COVID-10 Pandemic.

Nick has demonstrated great sector collegiality and representation throughout his career including through providing input into a range of LGAT policies and projects; through his representative role with Quadrant Super, through contributing to the National Chief Officers’ group and representing the sector on the Premier’s Local Government Council Officials Group.

Nick’s strong focus on governance and strategic planning saw over 1,100 contributions to the development of Hobart’s City Vision and the development of a Smart Cities Framework which provides a road map for the City to use technology and data to better service the community.

As General Manager, Nick has ensured Council’s commitment to environmental sustainability is tangible with Hobart becoming the first city to introduce a single use plastics bylaw; introducing smoke free areas in the inner city and developing a Waste Management Strategy to help council achieve zero waste to landfill by 2030. 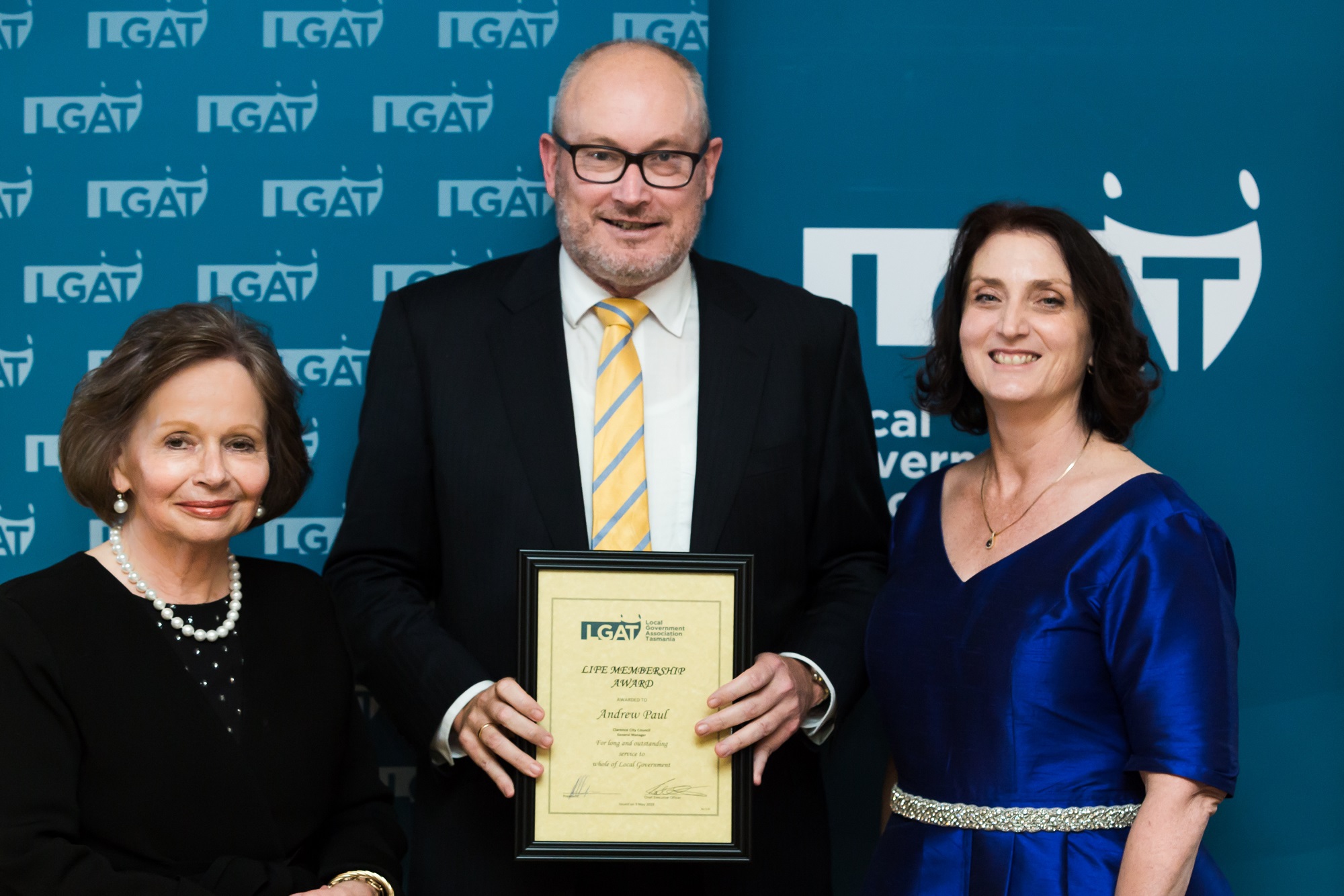 Andrew Paul was General Manager at City of Clarence for 16 years, retiring in July 2019. Commencing in 1977, Andrew served in Local Government for over 40 years with over 20 years in Executive roles. Prior to being appointed at City of Clarence in 2003, Andrew worked in both Melbourne and regional Victoria.

Andrew is well respected in the industry and is seen as a valuable contributor to Boards and organisations. He has served on a number of committees and organisations during his period in Local Government in Tasmania. Andrew has been a strong supporter of LGAT and other councils, quick to provide advice and feedback or lend an officer’s time or expertise. In his time at Clarence, Andrew led the City through a period of sustained, and impressive growth.

Award for Outstanding Commitment and Service to Local Government 2019 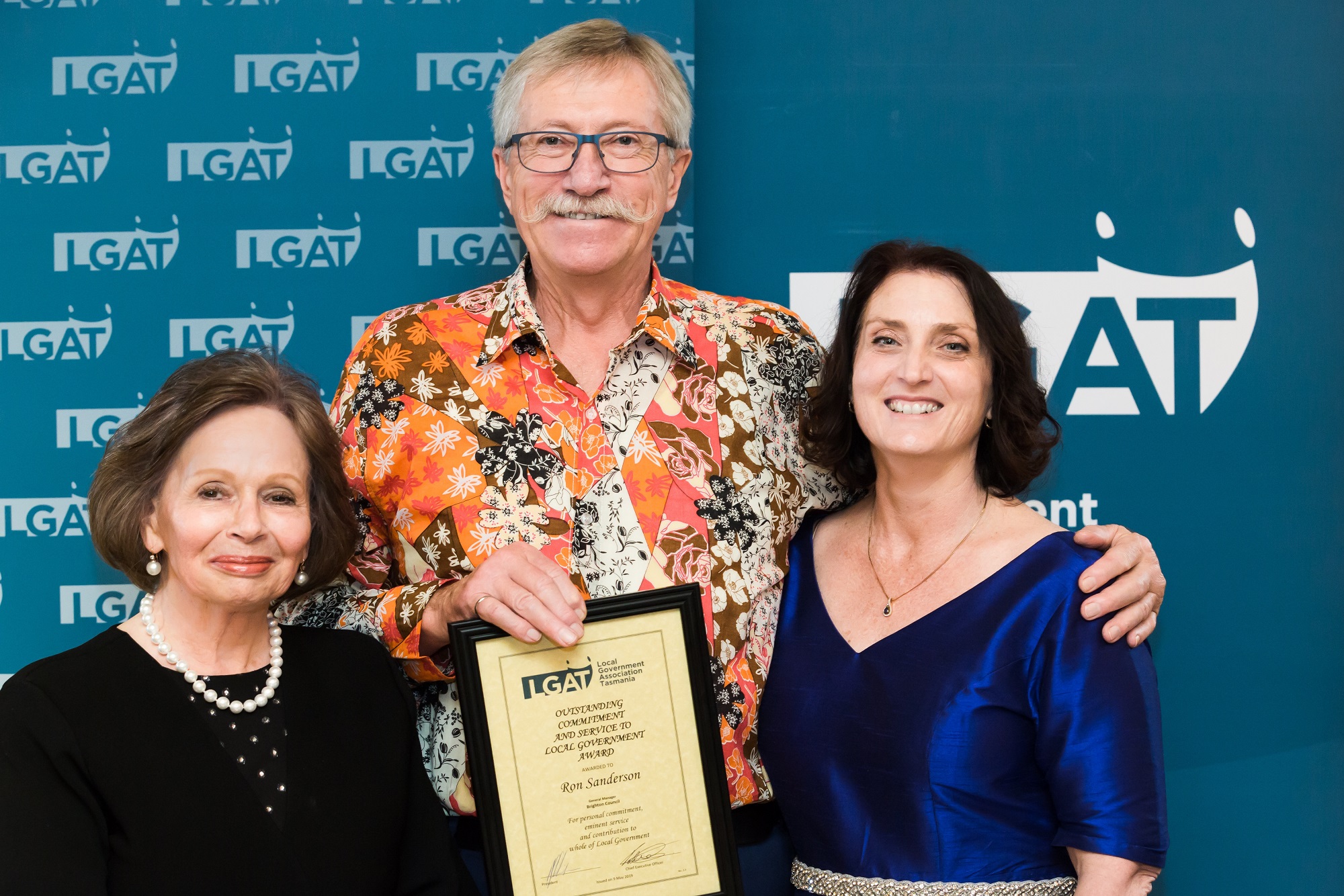 Ron Sanderson, an engineer by profession, began his career in Tasmanian Local Government as Manager of Technical Services for the Circular Head Council in 1987. In 1993 Ron moved to Brighton Council as Manager Engineering Services and quickly became Deputy General Manager. Ron was appointed General Manager in 2005.

During Ron Sanderson’s leadership as General Manager, the Brighton Municipality has experienced exponential growth, services to ratepayers and the community have expanded significantly, key innovations have been introduced, and the Council has been managed in a highly efficient and cost-effective manner. Ron has been a strong advocate for the Brighton Municipality to important stakeholders at local, state and national level.

Ron believes Local Government is a community and has always been willing to help another council or other individuals within the sector. He has fostered a positive and healthy work environment, where people are encouraged to try things, be creative and to learn. The low staff turnover at Brighton Council is testament to this supportive and flexible culture. Ron Sanderson, who is one of the longest serving council general managers in Tasmania, is recognised as a generous leader in Local Government and for community service in Tasmania.